Arrowroot used for smallpox sores, and as an infusion for urinary infections. 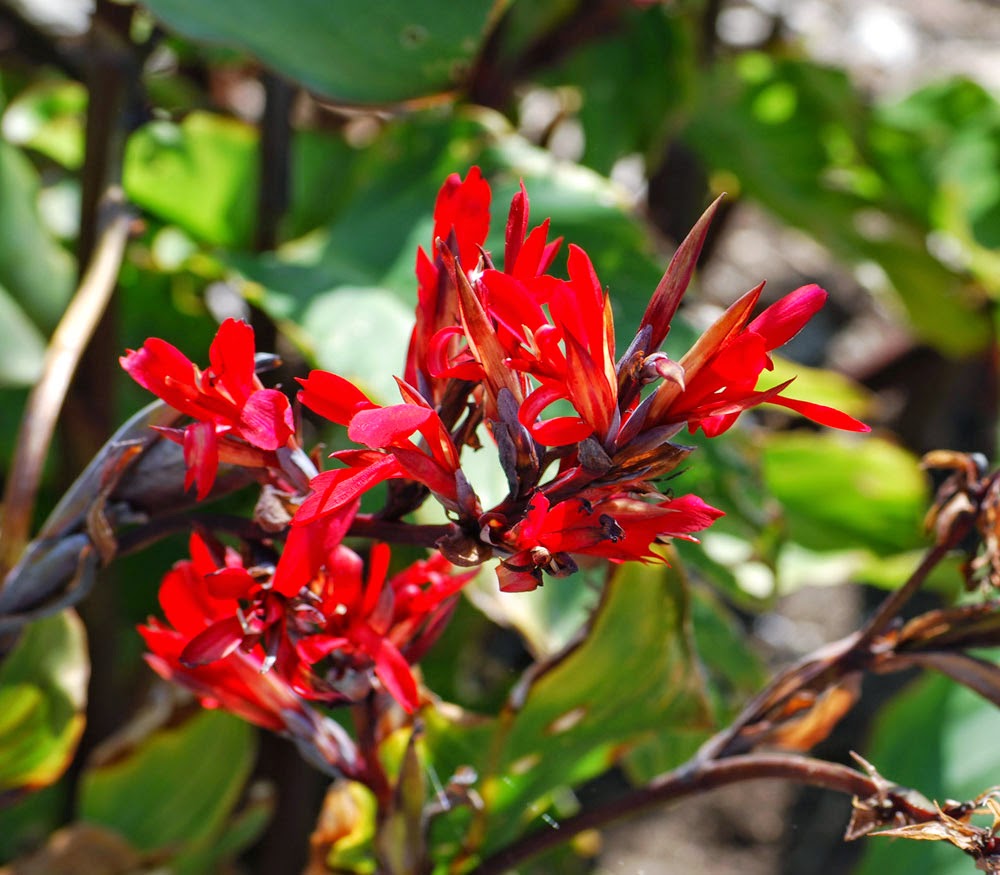 Arrowroot is an easily digested starch extracted from the roots of the arrowroot plant, Maranta arundinacea. The plant is native to the tropics of South America, where it has a long history of cultivation by native peoples. (Some Indians also used arrowroot medicinally, they believed that is would draw out toxins in wounds made from poisoned arrows.) 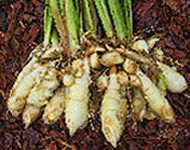 Arrowroot  is native to South America and the Caribbean. The local  people use its root as a poultice for smallpox sores, and as an infusion for urinary infections. Arrowroot is used  as a soothing demulcent and a nutrient of benefit in convalescence and for easing digestion. It helps to relieve acidity, indigestion and colic, and is mildly laxative. It may be applied as an ointment or poultice mixed with some other antiseptic herbs such as comfrey. 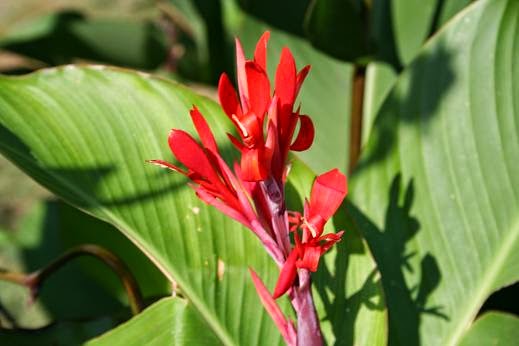 An extremely hardy perennial to 2 metres tall, shooting from a large purple/red, round rhizome/tuber that can be larger than a clasped fist. Tubers develop side shoots, forming a large mass of tubers that can be 60cm in diameter and weigh over 20kg.

Fleshy stalks, up to 1 metre long, shoot from eyes on the rhizome, and large, lush bright green leaves, 30-90cm long unfurl on thick stalks. Typical canna-shaped red flowers, but they are not as large as canna varieties that are grown as ornamentals. If planted in rich soil and given regular watering, this plant will grow vigorously, producing lush leaves and stalks and high yields of edible tubers 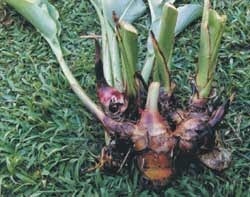 When tubers are large and aged, they can be quite fibrous. Arrowroot can be eaten raw, or steamed, roasted, barbecued, diced finely and added to stir-fries, casseroles, stews, soups, in fact in any meat or savoury dish. Arrowroot does not have a lot of flavour on its own, but added to other ingredients; it makes a useful mealextender.


In a casserole or stew, it will look and taste similar to potato. It does take a little longer than potato to cook and does not cook mushy. We like arrowroot peeled, and cut into thin chips, like for potato chips, and baked in the oven on an oiled tray, until crisp and golden. Tubers are 2% protein and 24% carbohydrate. 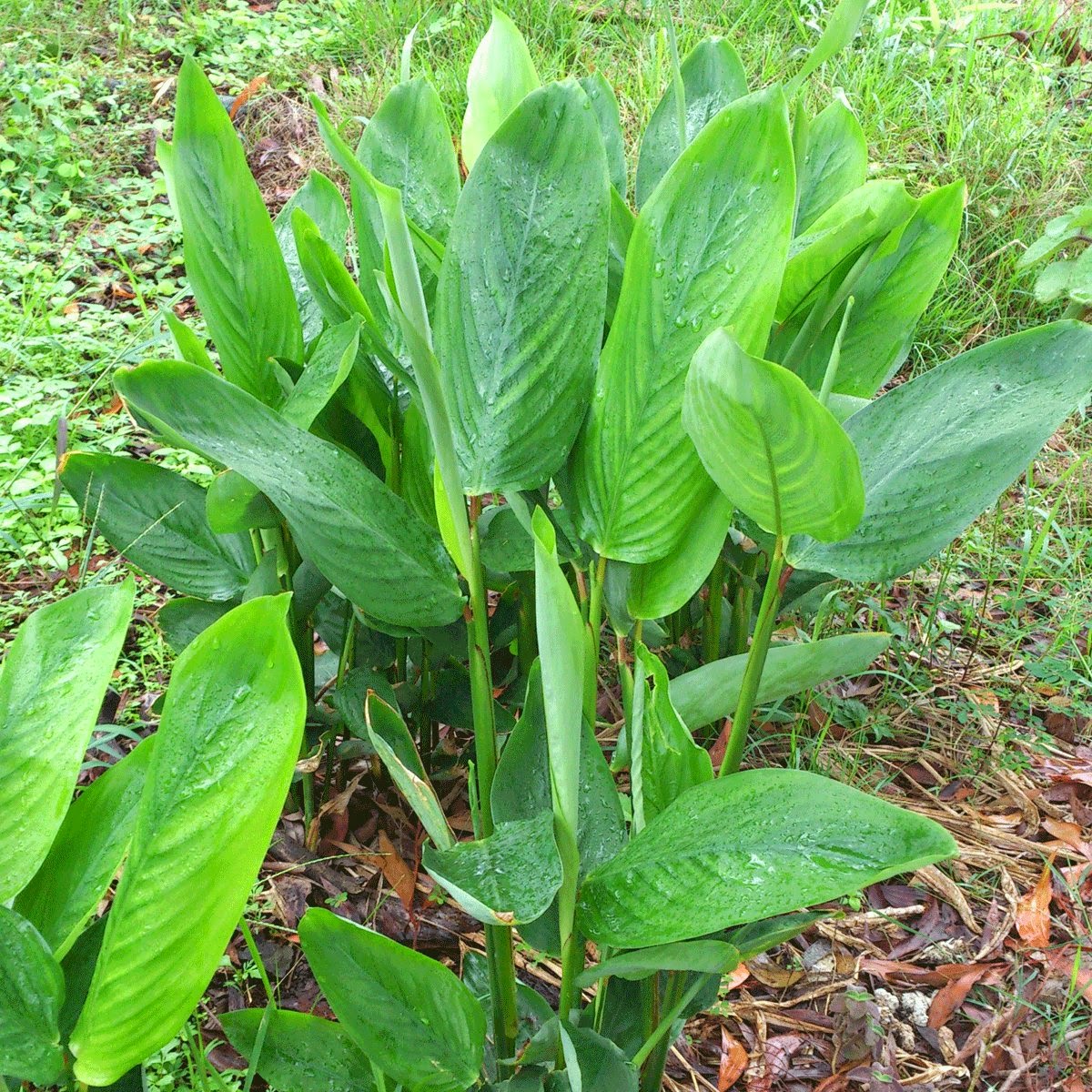 To make Arrowroot Flour peel tubers and cut into 2- 3cm cubes, mince cubes or put in a blender with a little cold water and blend to a pulp. Tip the pulp into a bucket or large bowl and add more water. After a few minutes, the flour will sink to the bottom and brown fibrous liquid will come to the top, which is carefully drained off. Add more water and stir, and more fibre will come to the top, to be drained off.

After several rinses, the water on top will be clear with no brown fibre remaining. Drain off the water, and pour the thick white flour 1-2cm thick onto trays to dry in the sun. When it is dry it will be soft and flaky; bottle and store ready for use. The flour keeps well and does not go rancid with age. The flour yield is usually about 1/4 to 1/5 of the original weight of the tubers. Flour is used as a thickener for gravies, sauces, slice fillings, lemon butter, custard and pie fillings; and as a part wheat-flour alternative in biscuits, etc.
Posted by Liliana Usvat at 7:00 AM

Labels: and as an infusion for urinary infections., Arrowroot, sores, used for smallpox

So is possible that HIV Disease can be cured because I have been scammed so many times not until I came across this great man herbalist Dr Akhigbe who helped me at first I never believe all this comment and post about him and I was very sick because I have been infected with HIV/AIDS for the past two year,just last 2 months I keep reading the testimony about this man named Dr Akhigbe they said that the man is so powerful he have cured different type of diseases, I keep monitoring his post of some people about this man and I found out that he was real so I decided to give him a trial I contacted him for help and he said he was going to help me get my cure that all I needed to do was to send him money to prepare the medication after which it will be sent to me via DHL courier delivery services which I did to my greatest surprise the medication was sent to me he gave me instructions to follow on how to drink it that after  three weeks I should go for check up,after taking the medicine and follow his instruction after three weeks I went back to the hospital for another test, at first I was shocked when the doctor told me that I was  negative I ask the doctor to check again and the result was still the same negative that was how I free from  HIV VIRUS at of the shock I decided to come and share my own testimony with you for those who think there is no cure for HIV VIRUS the cure as finally come'  out stop doubting and contact Dr Akhigbe via email drrealakhigbe@gmail.com he will help you out you can also whats App him via +2348142454860 he is also perfect in curing DIABETICS,HERPES,HIV/AIDS, ;ALS,  CANCER , MALARIA , BACTERIA DIARRHEA, MENINGITIS,HEPATITIS A AND B,ASTHMA, HEART DISEASE, CHRONIC DISEASE. NAUSEA VOMITING OR DIARRHEA, KIDNEY DISEASE,, SCHIZOPHRENIA, LUPUS,EXTERNAL INFECTION, COMMON COLD, JOINT PAIN, OSTEOPOROSIS, RABIES RHEUMATISM, THYROID, GALLSTONE, COLD & FLU, DENGUE, HUNTINGTON'S DISEASE, PROSTATE, CIRRHOSIS, DENGUE FEVER, SCABIES, EPILEPSY,STROKE,TUBERCULOSIS ,STOMACH DISEASE. ECZEMA, SMALLPOX,  PROGERIA, EATING DISORDER, LOWER RESPIRATORY INFECTION. etc believe me that deadly disease is not longer a deadly sentence because dr akhigbe has the cure.the godfather of herbal root.email: drrealakhigbe@gmail.com         whatsapp number.  +2349010754824 website: https://drrealakhigbe.weebly.com

We tried to get pregnant for a few years in a local clinic. There were no results. We've tried everything possible but nothing. We were recommended to use donor eggs. I know we have to try herbal made medicine. I was terrified. I didn't know how to go about it and where to begin my search. When my friend recommended me to Dr Itua herbal medicine in Western African. I thought she was joking. I knew nothing about that country and I was afraid  with shame I must say I thought it was a little bit...wild? Anyway she convinced me to at least check it out. I've done the research and thought that maybe this really is a good idea. Dr Itua has reasonable prices. Also it has high rates of successful treatments. Plus it uses Natural Herbs. Well I should say I was convinced. My Husband gave it a try and now we can say it was the best decision in our lives. We were trying for so long to have a child and suddenly it all looked so simple. The doctors and staff were so confident and hopeful they projected those feelings on me too. I am so happy to be a mother and eternally thankful to Dr Itua  and Lori My Dear Friend. Don’t be afraid and just do it! Try Dr itua herbal medicine today and sees different in every situation.Dr Itua Contact Info...Whatsapp+2348149277967/drituaherbalcenter@gmail.com Dr Itua have cure for the following diseases.All types of cancer,Liver/Kidney inflammatory,Fibroid,Infertility.Herpes Virus Hiv/Aids, ALS, Parkinson, Hepatitis,Diabetes..