Here are some wild life that you can see in Ontario while walking at a small distance from populated areas. 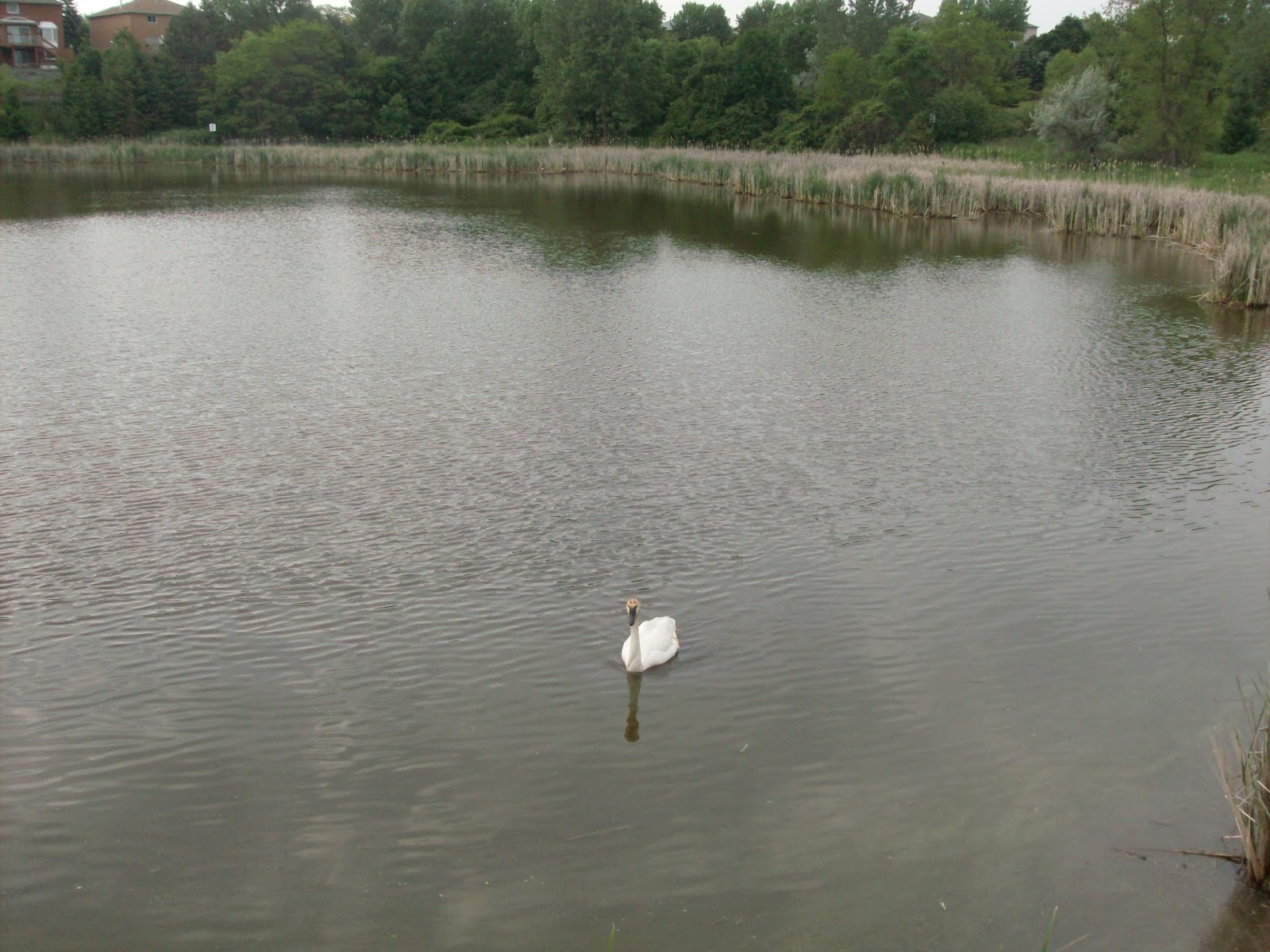 Trumpet Swan
Their breeding habitat is large shallow ponds, undisturbed lakes, pristine wetlands and wide slow rivers, and marshes in northwestern and central North America, with the largest numbers of breeding pairs found in Alaska. They come in the summer close to my house.

They prefer nesting sites with enough space for them to have enough surface water for them to take off, as well as accessible food, shallow, unpolluted water, and little or no human disturbance.
The Trumpeter Swan is the largest extant species of waterfowl. Adults usually measure 138–165 cm (54–65 in) long, though large males can range up to 180 cm (71 in) or more. 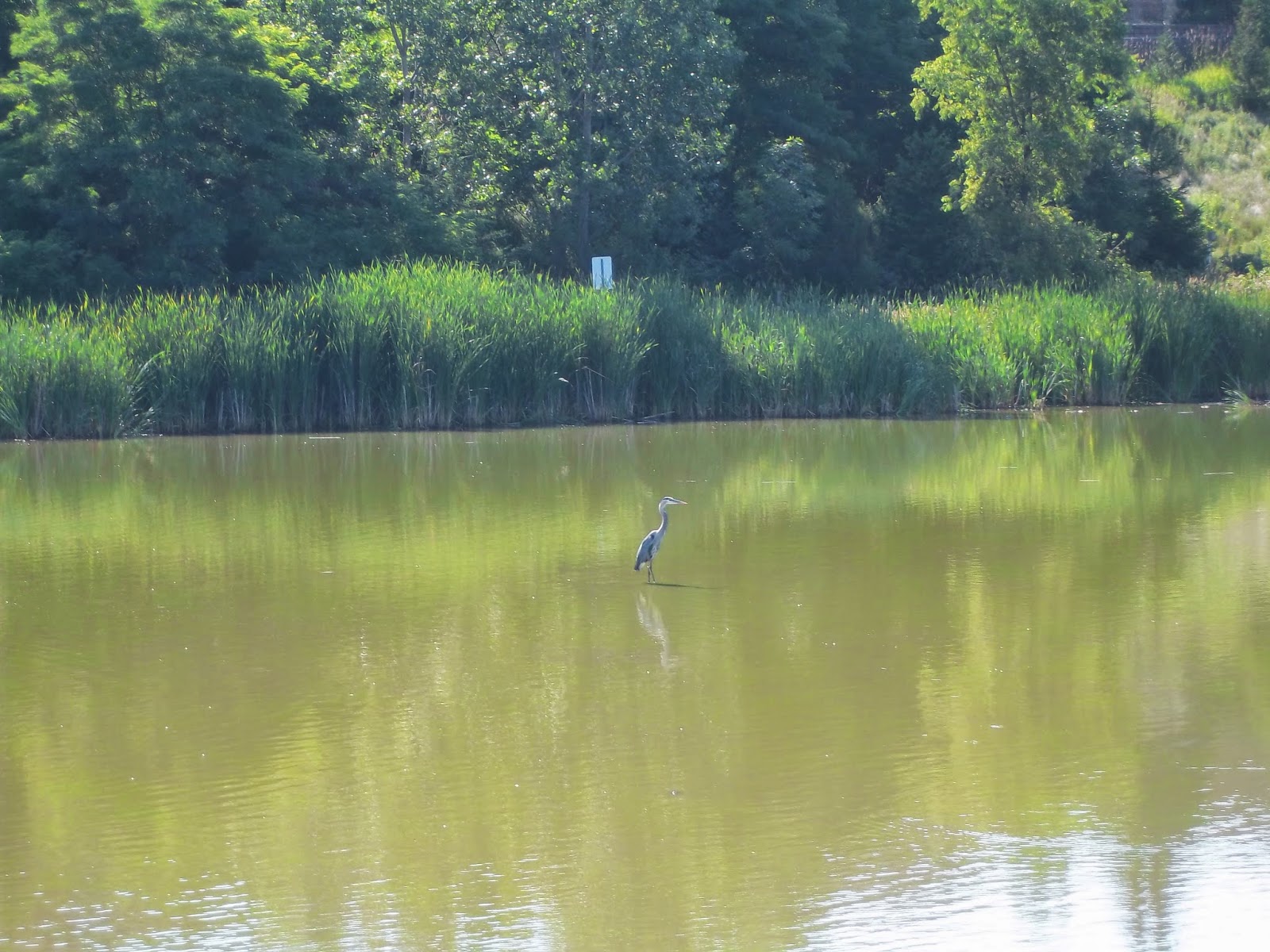 Great Blue Heron
The Great Blue Heron (Ardea herodias) is a large wading bird in the heron family Ardeidae, common near the shores of open water and in wetlands over most of North America.

Notable features of Great Blue Herons include slaty flight feathers, red-brown thighs, and a paired red-brown and black stripe up the flanks; the neck is rusty-gray, with black and white streaking down the front; the head is paler, with a nearly white face, and a pair of black plumes running from just above the eye to the back of the head.

The primary food for Great Blue Heron is small fish, though it is also known to opportunistically feed on a wide range of shrimp, crabs, aquatic insects, rodents and other small mammals, amphibians, reptiles, and small birds. Primary prey is variable based on availability and abundance.

This species usually breeds in colonies, in trees close to lakes or other wetlands. Adults generally return to the colony site after winter from December (in warmer climes such as California and Florida) to March (in cooler areas such as Canada). Usually colonies include only Great Blue Herons though sometimes they nest alongside other species of herons. 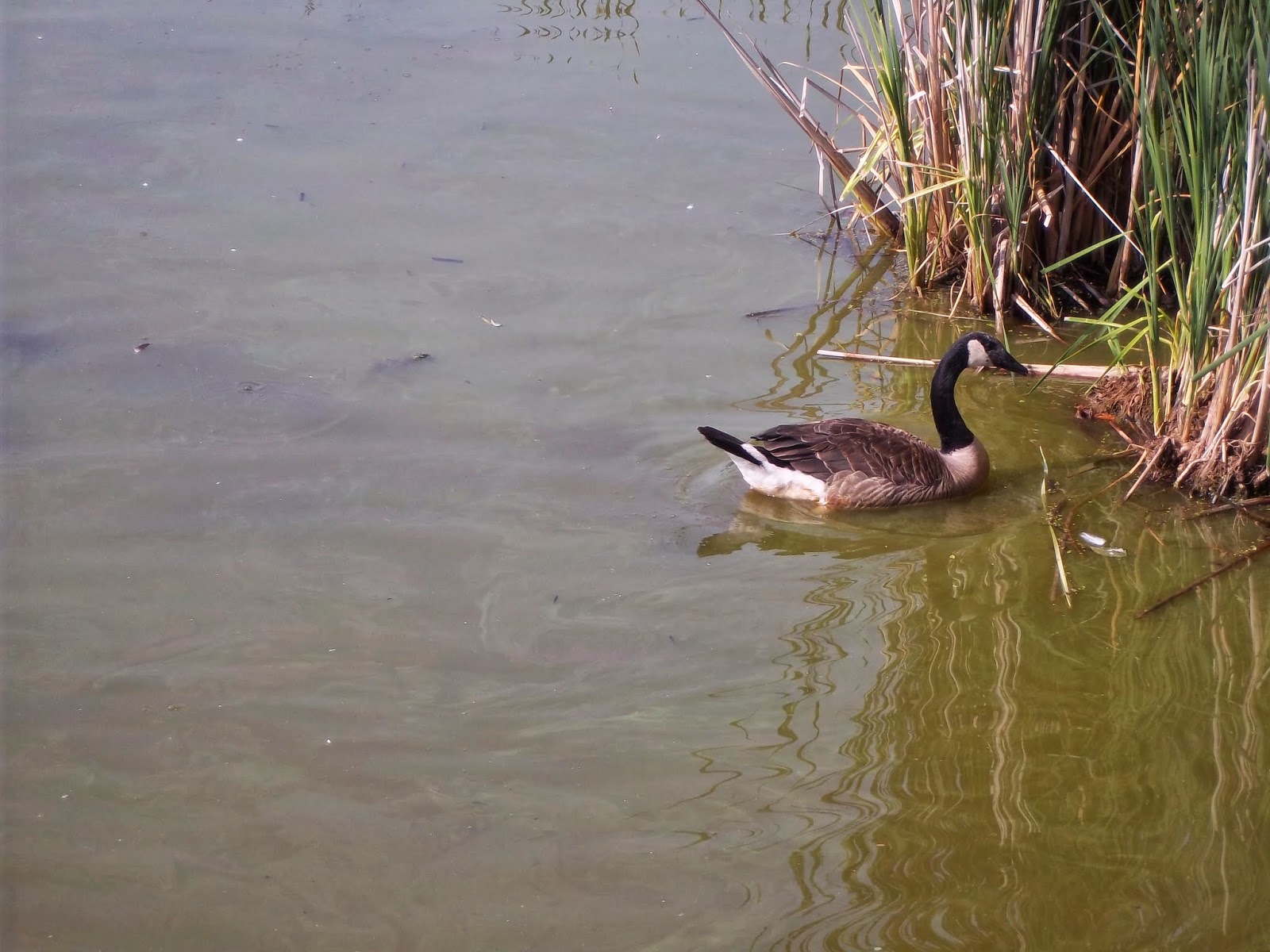 The ubiquitous Canada goose is one of the best known birds in North America. It is found in every contiguous U.S. state and Canadian province at one time of the year or another. Canada geese are adaptable to many habitats. 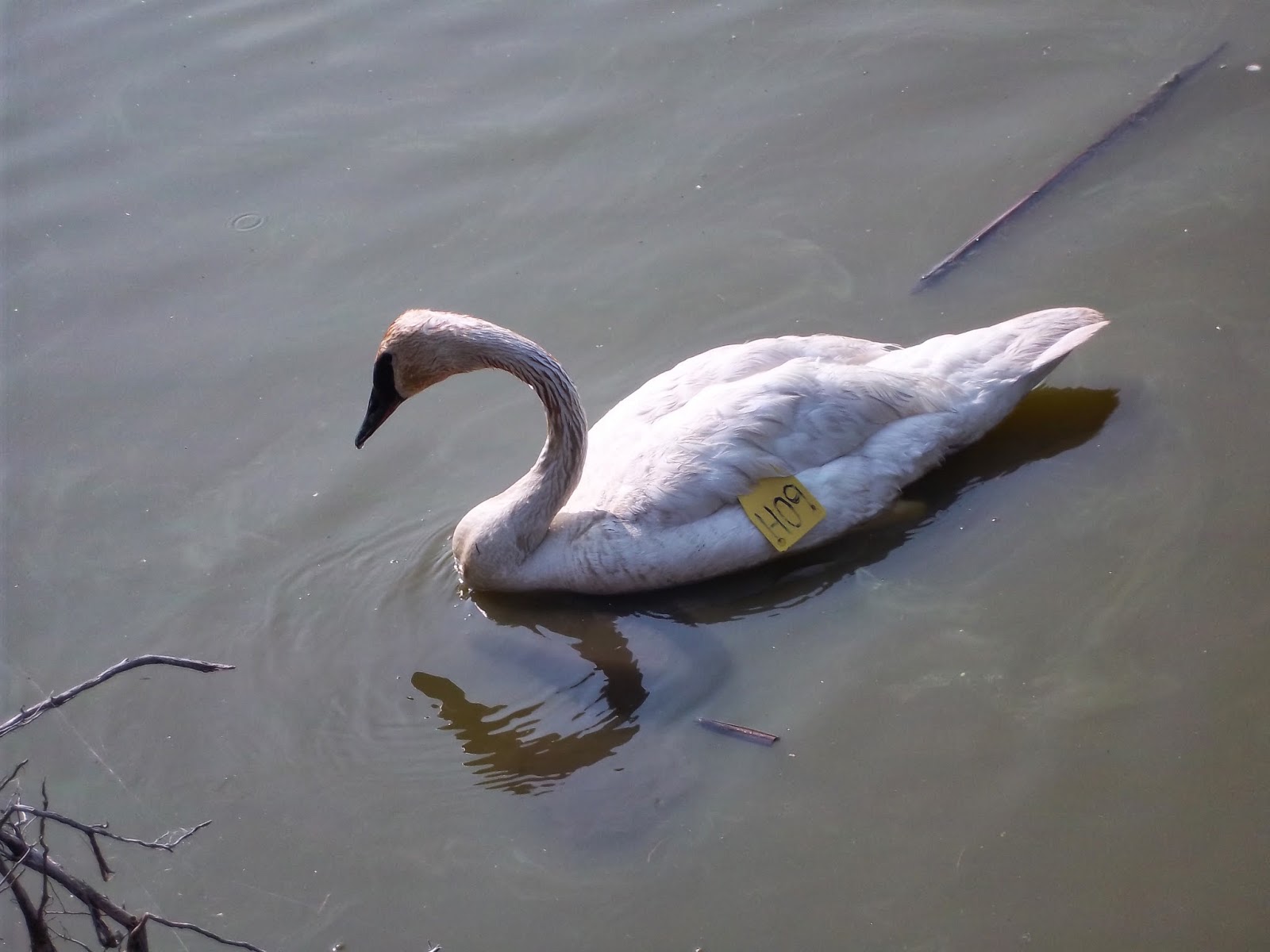 Trumpet Swan - this bird is at Makenzie Marsh in Aurora Ontario Canada.
Two years ago there were 2 birds last year 2013 we were visited by 5 birds. There is a real show to see them on the lake people are coming and taking picture of them the kids are watching and sometime feeding them with bread.

These birds feed while swimming, sometimes up-ending or dabbling to reach submerged food. The diet is almost entirely aquatic plants. They will eat both the leaves and stems of submerged and emergent vegetation. They will also dig into muddy substrate underwater to extract roots and tubers. In winter, they may also eat grasses and grains in fields.

In the 19th and early 20th centuries, the Trumpeter Swan was hunted heavily, both as game and a source of feathers. This species is also unusually sensitive to lead poisoning while young. These birds once bred in North America from northwestern Indiana west to Oregon in the U.S., and in Canada from James Bay to the Yukon, and they migrated as far south as Texas and southern California. The trumpeter was rare or extinct in most of the United States by the early twentieth century. Many thousands survived in the core range in Canada and Alaska, however, where populations have since rebounded. 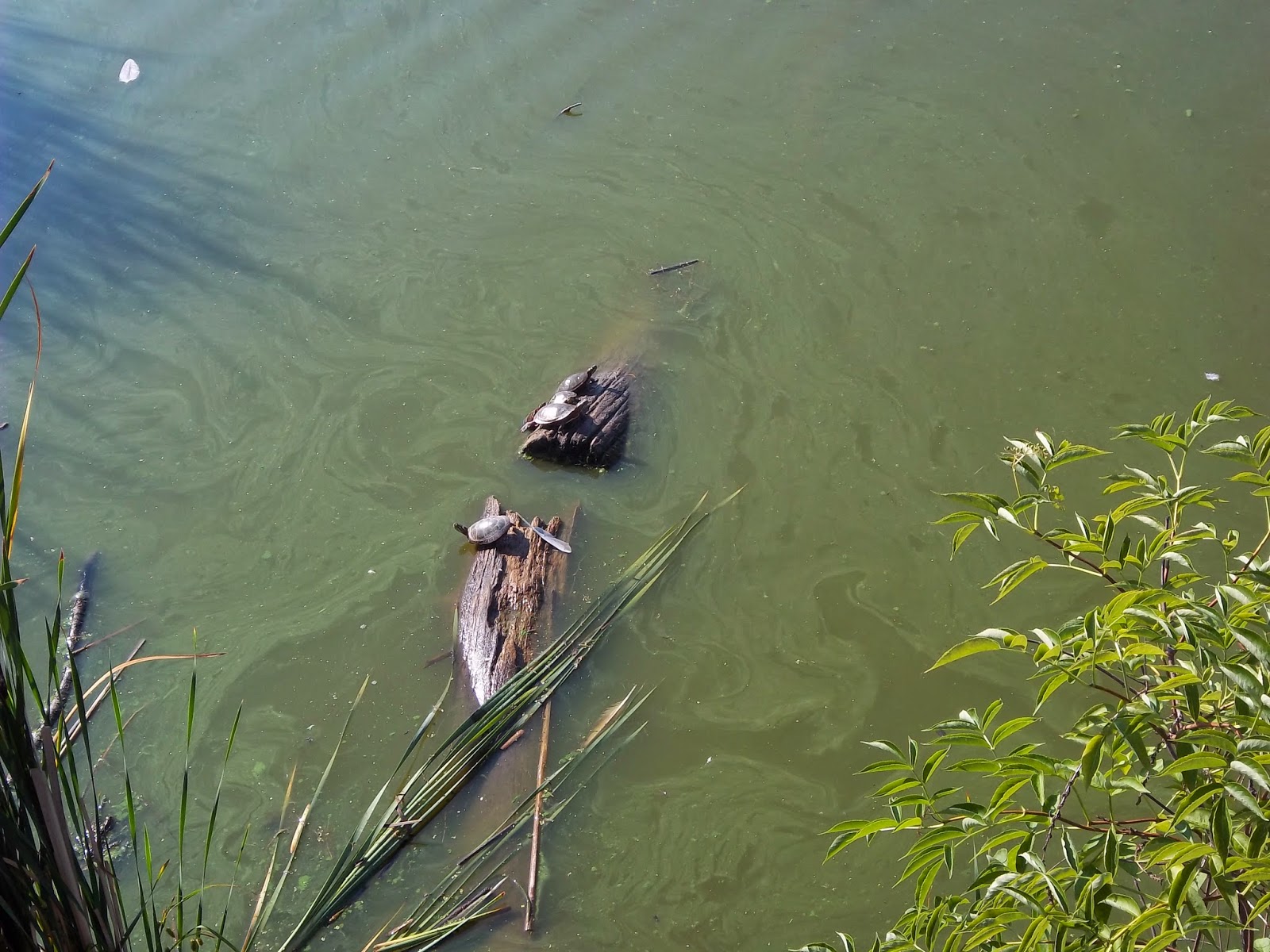 Turtles - these are small turtles that are taking a sun bath. They allow people to take picture of them. When scared they hide in the water. 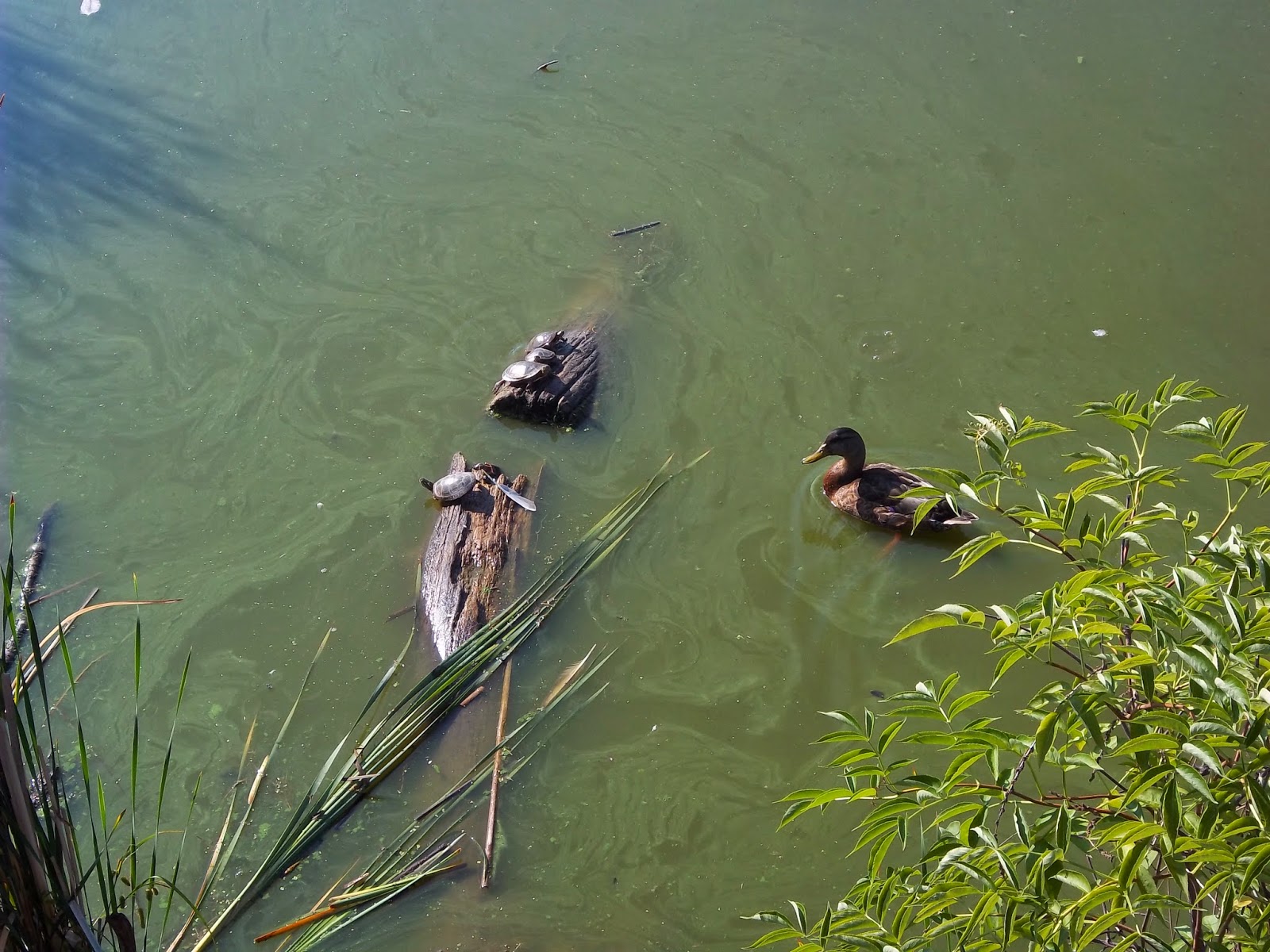 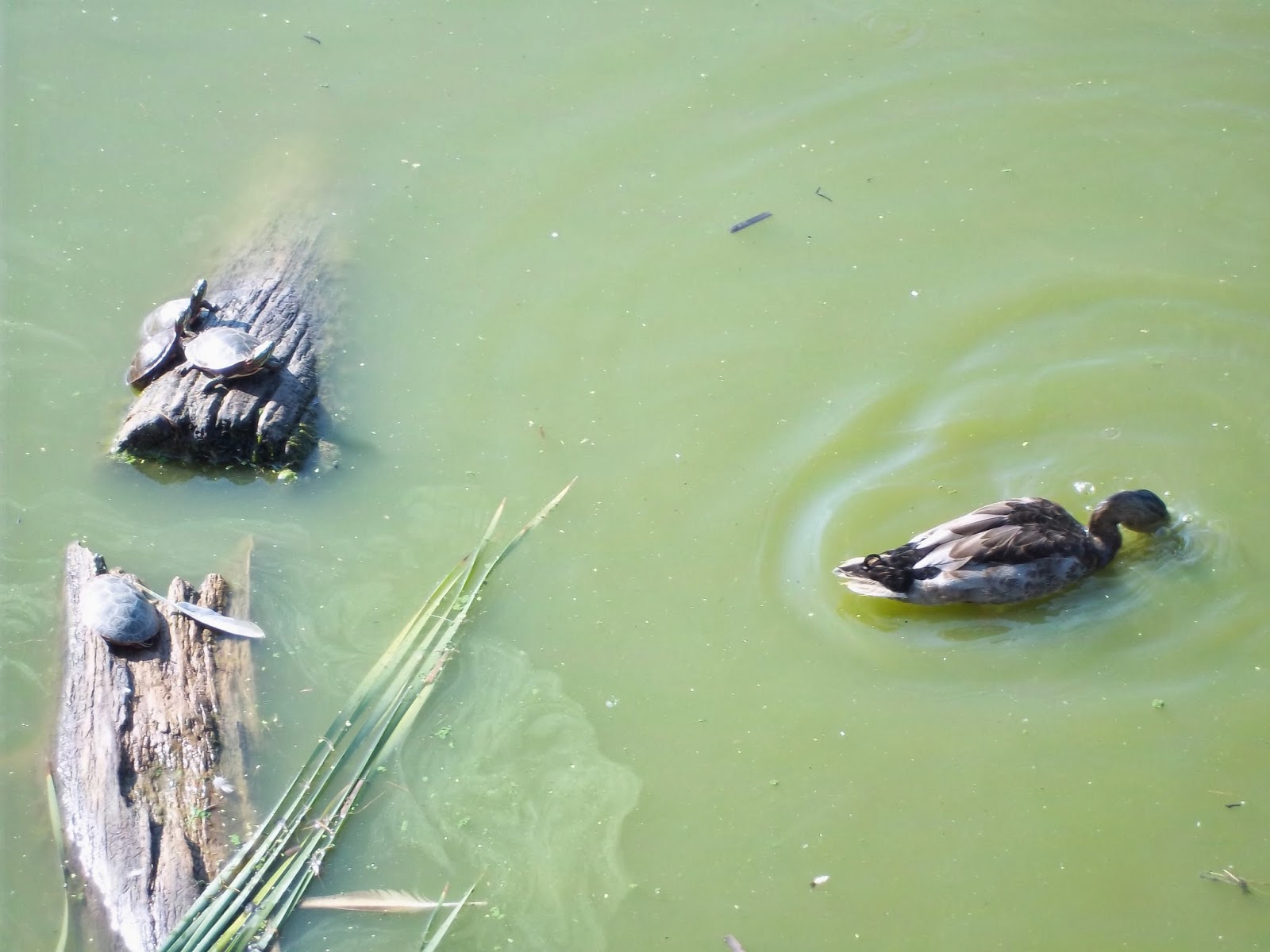 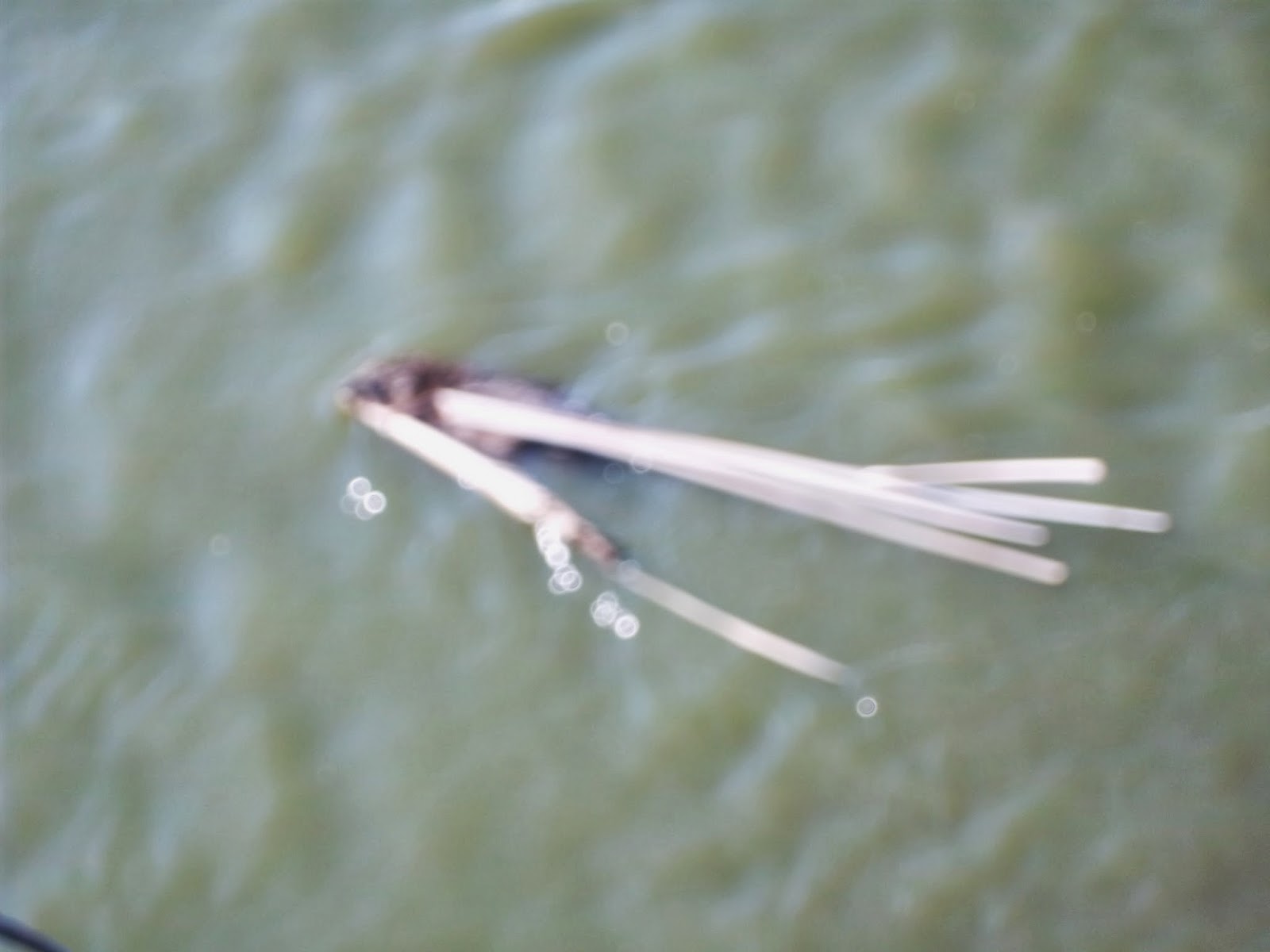 Beaver The beaver (genus Castor) is a primarily nocturnal, large, semi-aquatic rodent. They are the second-largest rodent in the world.Beavers are known for their natural trait of building dams on rivers and streams, and building their homes (known as "lodges") in the resulting pond.

The above pictures were taken in 30 minutes at noon. The Park restoration projects in Ontario created a healthy environment for these wild birds and animals to live in the proximity of the populated areas. The existence of them show that the water is clean and the air is not polluted. A lot of people take picture of these birds and animals while taking a walk in Aurora Ontario Canada.

Provincial parks and conservation reserves support the economy by boosting tourism. They are also important for scientific research, environmental monitoring and outdoor education.  Most importantly, they ensure that future generations will enjoy and benefit from the province’s rich natural and cultural heritage.
Posted by Liliana Usvat at 1:48 PM